Poltermann is a producer, director and editor, primarily working in documentary. He has edited five feature films that are Certified Fresh on Rotten Tomatoes, including American Movie, The Life of Reilly, The Pool, Collapse, and Raiders!: The Story of the Greatest Fan Film Ever Made.

His first feature as a director/editor was the indie-horror film Aswang, which premiered at the 1994 Sundance Film Festival. In 1996, he produced and edited documentary segments for John Pierson’s IFC show Split Screen, which would later be re-released by Criterion/Filmstruck in 2016.

In 2004 he was asked to executive produce and consult on the edit for the Wu-Tang-Clan profile Rock the Bells (Warner Brothers). Later that year, he would co-direct & edit The Life of Reilly, a performance documentary featuring game show fixture Charles Nelson Reilly. Both films were released in 2006, with a SXSW premiere for The Life of Reilly and a premiere at the Tribeca Film Festival for Rock the Bells. Both films appeared on numerous end of the year “Best Documentaries” lists, with The Life of Reilly being lauded by Rotten Tomatoes as the best-reviewed film of 2007.

In 2006 Poltermann spent six months in India editing on location with director Chris Smith, helping to craft the highly improvised dramatic feature The Pool, which would win a Special Jury Prize at the Sundance Film Festival in 2007.

In 2009 Poltermann would continue his collaboration with Smith by editing the feature documentary Collapse, which premiered at the Toronto International Film Festival and was on numerous top ten lists as one of the best documentaries of 2010.

Poltermann then worked as an Executive Producer for Chris Thompson‘s The Jeffrey Dahmer Files (IFC Films) which premiered at SXSW in 2012. Poltermann also did additional editing and creative consulting for both The Jeffrey Dahmer Files and Collin Schiffli’s dramatic feature Animals, which premiered at SXSW in 2014 and won a Special Jury Prize for Courage in Storytelling; and Chris Thompson’s ESPN 30 For 30 MECCA: The Floor.

In 2014 he collaborated with filmmakers Tim Skousen and Jeremy Coon (Napoleon Dynamite) by editing Raiders! The Story of the Greatest Fan Film Ever Made, which premiered at the 2015 SXSW Film Festival and was released in the summer of 2016; and in 2016 edited ZEDD: True Colors — a feature documentary about the meteoric rise of the EDM star Zedd, which premiered at the 2016 Los Angeles Film Festival.

2017 saw the premiere of The Blood Is At The Doorstep at SXSW, which Poltermann Executive Produced, as well as the theatrical release of Don’t Break Down: A Film About Jawbreaker, in which he acted as Supervising Editor.

His most recent film as an editor is the feature documentary Jim & Andy: The Great Beyond, again working with director Chris Smith. The film is produced by Brendan Fitzgerald, Danny Gabai and Spike Jonze, and will have its world premiere at the 2017 Venice Film Festival, and a North American premiere at the 2017 Toronto International Film Festival. 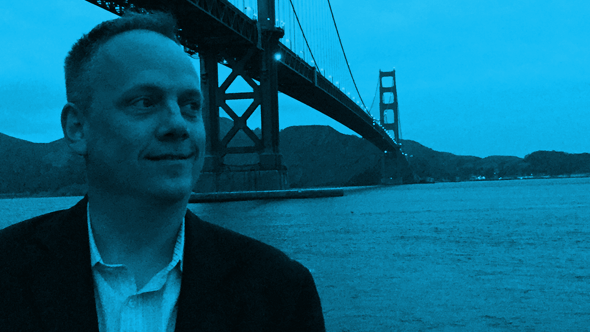